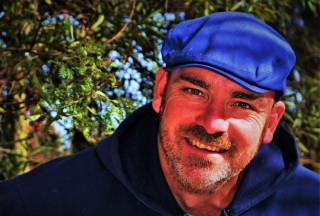 Now I can dance 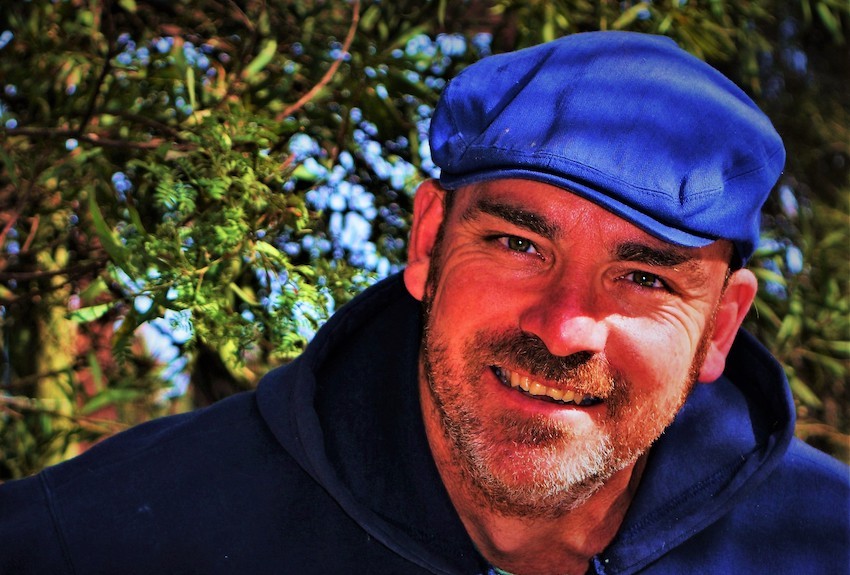 As a social change activist and SANE Peer Ambassador, Bede is passionate about human rights and mental health awareness. He shares how not being able to live openly as a gay man related to his experience of depression and suicidal thoughts. And, how revealing more of who he was opened a new chapter for him as a mental health advocate.

I have a clear memory of my first experience of same sex attraction. I was seven going on eight, it was 1976 and ABBA were huge. We were on a family holiday to Melbourne. One day we went on a bus tour to the Dandenong Ranges, and sitting opposite me was this good-looking young man.

I kept staring at him the whole trip. Of course, I didn’t really know what I was doing but I couldn’t stop looking at him – he was the most handsome man I had ever seen.

On occasions over the next few years I had similar reactions to other men.

My life was pretty sheltered growing up in a strongly Catholic family in western Sydney, attending Catholic schools. When homosexuality was mentioned it was always a wrong thing, a negative thing, a bad thing.

I never had a crush on other students but once I arrived in high school there were one or two male teachers I had huge crushes on. Once I realised my sexuality, I hid the real me from the rest of the world.

It was the early 1980s, the time HIV/AIDS was first becoming heard of and was then referred to as ‘the gay plague’. Homophobic slurs were often bandied about in the school playground.

Over the years I managed to disconnect myself from my feelings and lived my life the way I was ‘expected to’ rather than the way I wanted to.

I spent years harbouring my thoughts privately. Unknowingly, I was causing myself great damage and it would be a long time before I allowed myself to live honestly and without fear.

I lived with a woman for 10 years, who I first met at uni. We were great friends and did love one another, yet I was deeply unhappy and felt something was missing in my life.

In the year leading up to my 30th birthday I became increasingly angry and agitated about the corner I had backed myself into. I was not sleeping properly and getting sloppy with my work. I began thinking that suicide was the only option, and it soon went from fleeting thoughts to an almost daily consideration.

Thankfully, my change in behaviour was noticed by others. One day, after my closest friend, Nathan, pulled me up on some bad behaviour I decided I should at least try to address the issues tormenting me.

I visited my GP, Dr Tom, and he started by conducting some blood tests to assess my general level of health. They didn’t reveal anything. On the third appointment, Tom asked me to fill out a questionnaire designed to indicate a person’s state of mind.

It asked me if I had been bothered in the past month by feeling hopeless or having little interest in doing things. It also asked about sleeping and eating patterns, and if I was having thoughts about being better off dead.

I hesitated often while filling out the questions, which Dr Tom picked up on. I guess he knew I had probably fudged a few of the answers. I felt uncomfortable and wanted to get out of there as quickly as possible. After Tom reviewed my answers, he said they indicated I was suffering depression and began explaining what that meant.

Dr Tom wasn’t simply a GP. He was studying psychotherapy and I was exactly the sort of patient he was committed to helping.

During one of our consultations, I told Tom about my journals, which I had been keeping since my final years of high school. He encouraged me to read through them and try to identify depressive episodes over the years. He thought talking through this with him would deepen our understanding of how and why depression was affecting me.

Tom was certain my anxiety and depression were a direct result of the conflict I felt over my sexuality.

Reading through my journals I came to the same conclusion. There were numerous events over the years recorded. As I read through them, I realised how unhappy and depressed I was trying to play a ‘straight man’.

For my 30th birthday I gave myself the gift of life and began revealing my sexuality to those close to me. The first person I told was Nathan (who is heterosexual). It was over a beer and he just said, “It’s about time”. Those three words had such a huge impact on me and were all I needed to hear. So, my 'coming out' began.

Apart from some family members, which was to be expected, everyone was supportive, encouraging and relieved I was going to live my real life. This included the woman I had been living with and her family, whom I’m still in touch with to this day.

The acceptance I felt was amazing – these were people who had known me for years – long-time friends, work colleagues.

One of my favourite tunes – “Now I Can Dance” – really sums up how I felt at that moment:

“I have compromised. But I'm finally free of the past. Now I can dance. Clouds have all disappeared”.

My lived experience as a gay man is directly related to my mental health. My ‘coming out’ after 22 years in denial was also the beginning of my interest in my mental health. Today I am an unashamed fan of championing people’s well-being and self-care.

Since ‘coming out’ in 1998 I have been privileged to support others in feeling confident to live their lives as they feel comfortable.

I was touched last year when a young person who volunteered at the NGO I worked at about 10 years ago wrote to me. They said: “I remember meeting you as an earnest student activist thinking you were just the best. You were the first person I met who was so openly gay in their workplace and proud to be who they were, which made you such an important role model for me”.

As a former journalist, I’ve written lots of stories. Over the years as my career morphed into that of a social change activist, I’ve been increasingly asked to write about my own story. It’s confronting and challenging. I know some may see it as self-indulgent.

However, I’ve put myself out there in the belief that it may give another person hope and even help them survive and thrive as the human they are and want to live as.

I do so in the hope that one day they too can dance.