Anne Deveson was a pioneer in mental health who opened up the national public conversation about mental illness in Australia.

At a time when there was a widely-held view that a mother could cause their child’s schizophrenia, Anne publicly spoke about her son Jonathan’s condition and the challenges this presented for her and her family.

Anne was highly respected and well-connected as a journalist, broadcaster and filmmaker, as well as the ‘everywoman’ star of the Omo laundry detergent commercials. In this way, she connected with people across the country. She was fearless in her advocacy, never needing an invitation to speak, and she always put others before herself.

They toured the country holding conversations that led to the establishment of many local organisations supporting individuals and their families affected by schizophrenia.

A pivotal moment on this journey was on a wet and windy night in Sydney at the Teachers Federation Hall. Anne had assembled a large gathering of people when a young man stood up and courageously announced, ‘My name is Simon Champ and I have schizophrenia’.

Working with Simon, Anne drew on her extensive network to raise funds and launch the first national media campaign on mental illness. 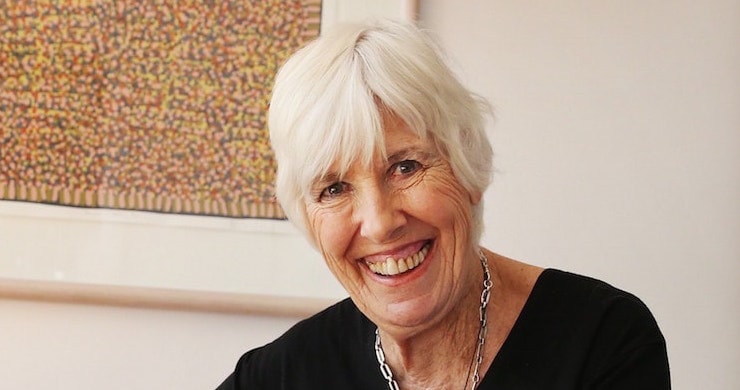 She was a passionate advocate for the need to reduce stigma around complex mental illnesses, like schizophrenia, and for people, like Simon Champ, to be at the forefront sharing their story. She respected both the individuals living with the condition and the families caring for them. There was a golden thread of humanity that ran through everything Anne did.

When Anne developed Alzheimer’s she was again determined to ensure that this difficult personal journey should be chronicled in an effort to help others.

Anne Deveson was a passionate trailblazer, fearless and always concerned for others dealing with the most tragic of circumstances. We will miss her but we will honour her by continuing the work to ensure that everyone affected by mental illness lives a long and fulfilling life.

On a personal note, I first met Anne in a bookshop in Broome in the late 1990s when we were both dealing with the challenges of chronic fatigue. It was only a few years after my young cousin had died from suicide and he, like Anne’s son Jonathan, had been living with schizophrenia so there was a strong bond from the very beginning. At the time, I was also working to establish the Inspire Foundation in an effort to reduce Australia’s then escalating rates of youth suicide. Anne and I kept in contact.

When I took on the CEO role at SANE Australia in 2012, it meant the world to me that Anne strongly supported my appointment to the role. We would often catch up for a cup of tea at her house in Clovelly, until I noticed she was starting to forget things.

At a SANE Christmas event in Sydney, again uninvited, Anne rose to speak of the importance of SANE’s work and how it still gave her hope. We would continue our catch-ups when she moved into Beresford Hall in Rose Bay.

The last time I saw her was two weeks’ ago, on the eve of SANE’s 30th anniversary celebration. I presented Anne with a beautiful publication chronicling the SANE Australia journey — her story was the first of thirty featured. It wasn’t easy to maintain a conversation with Anne but at one point she leant over to me and said ‘You know what? I think I’ve been able to do some good things in my life. Yes, I have.’ And she chuckled to herself in way that moved me deeply as she realised her fine work was done.

You can leave a message of appreciation on our Facebook page or by email to This email address is being protected from spambots. You need JavaScript enabled to view it. and we will pass your message on to Anne's family.