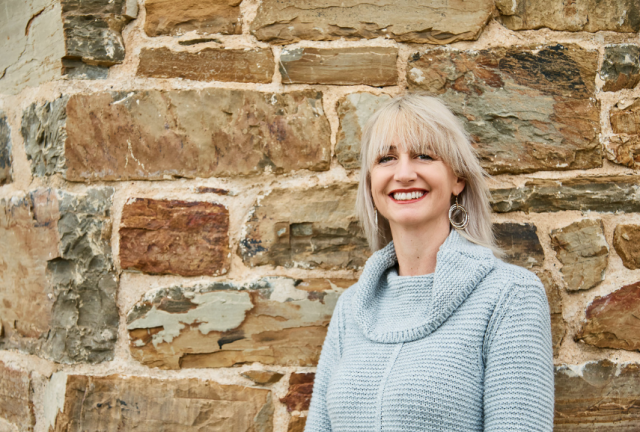 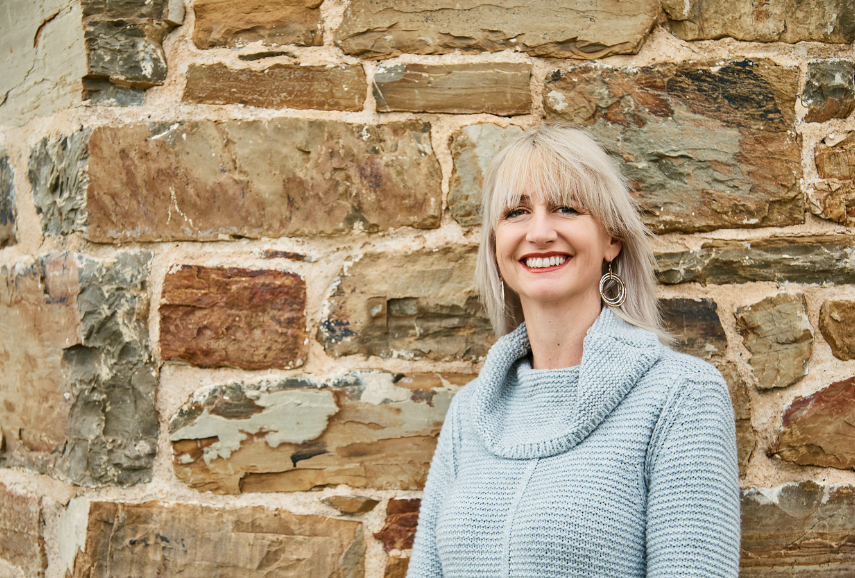 Sarah Sutton is a sister, a daughter, a psychologist, and a sibling carer for her two brothers, both diagnosed with schizophrenia. For over eight years, she’s been a passionate advocate for increased recognition of the work of carers and their unique lived experiences.

This Schizophrenia Awareness Week, Sarah invites others to ‘discover more’ about her invaluable experiences as a carer, as well as a SANE Peer Ambassador.

My journey as an advocate…

I would have been about 15 or 16 when my older brothers were diagnosed with schizophrenia. I had begun to notice some changes in their behaviour. But I was probably very confused and a little bit embarrassed about it at this time. I think my parents were good at hiding what was going on from me and my sister. It was only as I got older that they involved me more.

My journey as an advocate began about eight years ago.

One of my brothers was in hospital, and I attended a meeting along with my parents to discuss his discharge plan. It was one of the most frustrating meetings I’ve ever been in. My brother had been in hospital for a couple of months already, and this was the first discussion about his release. A variety of clinicians were in attendance and were suggesting a number of ideas for his ongoing care. But many of these ideas were very familiar to my parents, having supported my brother for about 20 years. I couldn’t believe that the service providers hadn’t asked my parents for their input up to this point.

As for my brother, he was completely left out of the meeting. It was my first real insight into all the work that my parents had been doing as carers and prompted me to engage in advocacy work. There is a lack of recognition around the importance of carers and their lived experiences, I try to change that in my role as a SANE Peer Ambassador.

I try to educate people on what being a carer for someone with a complex mental health issue is like. I remember when my brothers first received their NDIS plans in early 2019. We’d waited so many years for a service like this and then we had a lot of trouble finding the right providers. I recall this one day in particular where we spent hours and hours in meetings, just trying to establish whether or not these services could provide the support my brothers needed. I wrote a post about this and shared it on Facebook. People couldn’t believe the amount of work that was going into finding adequate support.

My training as a psychologist is useful, but it’s my direct experience of being a carer that is really valuable…

I’m a psychologist and I’ve used my knowledge in this area to advocate for my brothers. I will often go along to different meetings for my brothers and people will say certain things and I will challenge them. But most of my knowledge is lived experience knowledge. I can know about different programs and supports available in the community, but it’s my direct experience trying to access the services that is really valuable. For example, there might be a waiting list or other barriers that make the service less accessible.

As an advocate, I find it important to challenge stigmatising language

My brothers have been given so many different labels over the years, like ‘treatment resistant’ and ‘hard to engage’. I really try to challenge this language where I can. I see my brothers as so resilient, brave and persistent. They’ve spent so many years without adequate support and they’ve survived. I admire their willingness to try new things, form relationships with new workers despite negative past experiences, and just how they keep going about their days. They just haven’t given up.

We’re very proud of my brothers…

Given everything we’ve been through as a family, we’re all very close. We actually all live within a kilometre of each other! There’s eight years between my sister and I – she’s the eldest and I’m the youngest – and we’ve never had a fight. I hear other people talking about their siblings and terrible disagreements at Christmas. Whereas when we spend Christmas day together, there are no fights, no arguments. We’re all very proud of my brothers, they’re very strong.

My role as a SANE Ambassador

Through SANE, I’ve been able to provide practical advice to people and learn from others about navigating the NDIS. The NDIS is so confusing and many people are daunted by it. But I try to provide hope for people for the future. My brothers are finally getting the support they need to live independently through the scheme and that’s amazing.