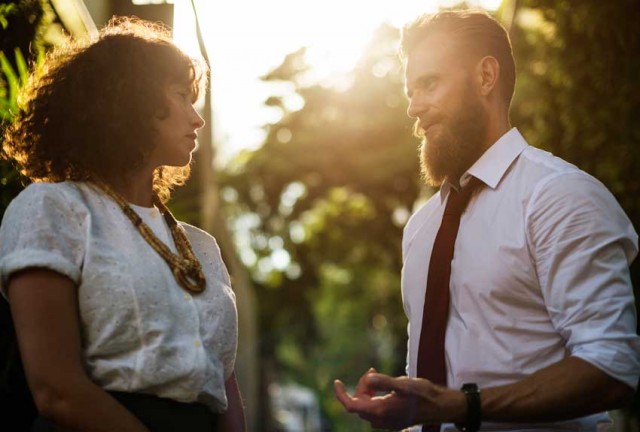 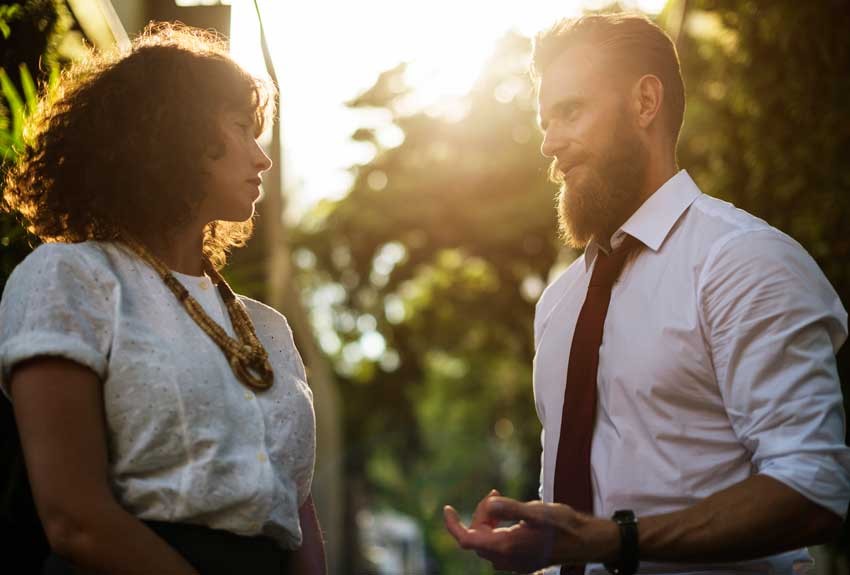 So how do we challenge our fears? How do we ensure we're asking the question in a supportive and genuine way?

I don't know what to say

'It's okay to ask "are you okay" and not know what to say after that,' says SANE Help Centre Coordinator Melissa Wilson.

'A lot of the time people underestimate the power of listening and being there for support.

'You don't often have to offer advice or a solution, as being there to listen is very powerful and it validates the emotions that someone is feeling.'

SANE Speaker Annie Linke says, 'It's as simple as saying, "I've noticed that you're not yourself recently and I just want you to know that I'm here for you. Can I just ask are you okay?"

'If they don't feel comfortable [talking about their feelings] just encourage them to connect and talk about other things, random stuff.'

Writer and comedian JC Clapham lost his dad to suicide and has experienced depression, he suggests that the four-letter campaign name gives you exactly what to say.

'Remember, your fear of asking is probably far less than the difficulty the person is going through,' he says.

I wouldn't want to make it worse

One in five Australians think that talking about suicide will make the situation worse. But that's not the case — this myth actually stops people from reaching out.

'But you can't make things worse by sharing the burden. Adding another person to your trusted supports can only be a good thing.

'Whether they realise it before they share or not, ultimately after they do share they will feel better and lighter.'

If someone doesn't want to talk about their situation they'll say so. But there's still value in asking. It may be a relief that someone's noticed. The only way you can make someone worse is by saying nothing.

Bree Stewart is a SANE Speaker and mental health support worker. She says when she was overcoming her symptoms she wouldn't have understood why someone chose not to ask.

'It would have reinforced my thoughts of worthlessness,' she says.

'My friends, my family and even my partner didn't ask me the question, which in my mind at the time meant they didn't care. It reinforced my sense of shame, invisibility and worthlessness. You feel so isolated and alone.

'You don't need to know what to say. You don't have to know the answers. You just need to support that person. Just being there is helpful.'

This is a valid concern. Depending on the way the question is asked, it is possible for someone to respond aggressively. Melissa says this heated response is an automatic defence.

'It may be an indication that they're not ready or willing to talk about it at that stage,' she says.

'It is okay if someone responds in this way, it can be an opportunity to share your concern.

'Follow-up with something simple like "sorry, I didn't want to upset you, I am concerned and wanted to check that everything is going okay".'

It's best not to take this angry response as an excuse to step back. JC encourages people to reiterate their support.

'A message shortly after, restating that you are around if they need you, might help them see that you're genuine and not telling them that they have a problem,' he says.

I'm not an expert

You don't need to be an expert to ask the question. You're not required to treat the problem. You just need to ask if they're okay and then refer them to someone who can help.

'The Suicide Callback Service, Lifeline, or their GP are the best options,' Melissa says.

'If you feel like the person is in imminent risk, the hospital or 000 are available.'

JC says caring about someone is reason enough to ask. 'You may not be an expert, but you are probably someone that they value,' he says.

'Sharing with a friend or a peer is often the first thing people do before seeking professional help.'

Bree agrees. 'Just ask the question and follow up by offering to help find professional support.'

'There are amazing counsellors and psychologists all across the country who are trained to manage issues across the mental health spectrum,' she says.

It's none of my business

If you're really concerned about someone, that's your permission to ask. Regardless of the response, you're still doing the best thing by expressing your concern.

'There's no harm in asking if someone's okay, because you don't know what's going on for them, you only see what's on the outside,' says Annie.

'By starting that conversation you're opening the opportunity to talk in the future.'

JC believes you could be the person asking at the right time.

'The health and wellbeing of people around you should always be your business,' he says.

'It's worth asking. Asking lays the groundwork for future conversation.'

If you feel alone, or in a crisis remember there's always someone who will listen. Please call Lifeline on 13 11 14. Or you can connect with others who understand what it's like to live with mental illness on the SANE Forums.