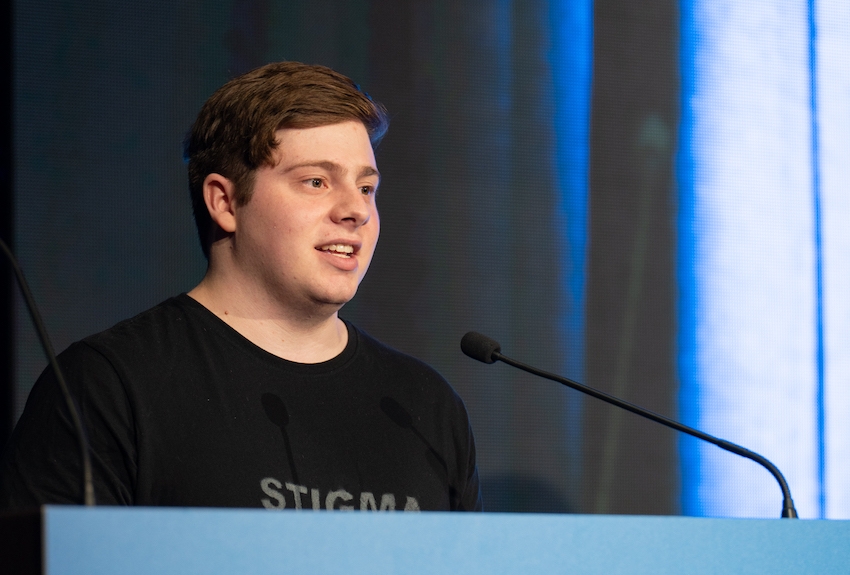 Mr Di Nucci, 23, of Perth, Western Australia, was nominated for the award by SANE for his exceptional work as a mental health advocate and Peer Ambassador.

Mr Di Nucci has been sharing his story of living with Obsessive Compulsive Disorder (OCD) with the aim of reducing stigma and supporting others in the community with lived experience.

YACWA said Mr Di Nucci was recognised for his battle against stigma, his perseverance and the way he has turned his struggles into a strength and channelled his energy into advocacy and stigma-busting.

His journey living with OCD started when he was diagnosed with the mental health issue as a teenager in early 2016, while living and training as a gymnast at the Australian Institute of Sport (AIS) in Canberra.

While receiving support through a psychologist at the AIS, he started advocacy work, by giving talks to groups of school students visiting the AIS, to share what shaped him as a person. Mr Di Nucci would use that platform to be open about his challenges with OCD.

His journey with SANE began in mid-2018 when he started as a Peer Ambassador, and his involvement with the organisation has grown significantly since.

He has been a Young Ambassador in SANE’s ‘Be Kind to Your Mind’ campaign, sharing his story using social media videos as part of a series on mental health and young adults, looking at identities, misconceptions, and embracing our whole selves.

His story inspired an increase in donations to the Ambassador Program by a significant margin, with these vital funds helping to grow and sustain the Peer Ambassador program, with 13 new members recruited in 2020.

Mr Di Nucci is currently a member of SANE’s Lived Experience Advisory Committee and has played a critical role in shaping the transformation of SANE Support.

His insights and inclusiveness in this committee, combined with his advocacy efforts are changing the way SANE operates as an organisation to ensure supports are accessible and responsive to the needs of young people. His work in this space continues to improve opportunities for others faced with similar barriers.

Mr Di Nucci said it was an absolute honour to be nominated for the award.

“I feel SANE really values my journey and sees the power in my lived experience to promote change. I can't thank the team enough for supporting me through my advocacy journey,” he said.

“I was so heavily silenced by the stigma surrounding OCD, so to represent the community and challenge stereotypical beliefs holds great meaning to me.”

“For me, it’s about planting seeds of change within the community. I may never see the seeds grow into forests, but my hope is that I can help those going through similar experiences.”

SANE CEO, Rachel Green congratulated Mr Di Nucci, and thanked him for sharing his story to help others and make positive change in the community.

“Josh continues to make a difference in our sector, and his own community, by sharing his story and experiences to service providers and key decision makers to make positive changes.

“We look forward to continuing to support him, and his role as a SANE Peer Ambassador.”

For more information on OCD as well as stories from people living with this diagnosis, visit our Spotlight on OCD resources.

This Peer Ambassador Josh Di Nucci receives WA youth award page may be freely downloaded, copied and distributed on condition no change is made to the contents. SANE is not responsible for any actions taken as a result of information or opinions contained in this article.
© SANE www.sane.org.