May 17 Posted by SANE Australia in Wellbeing 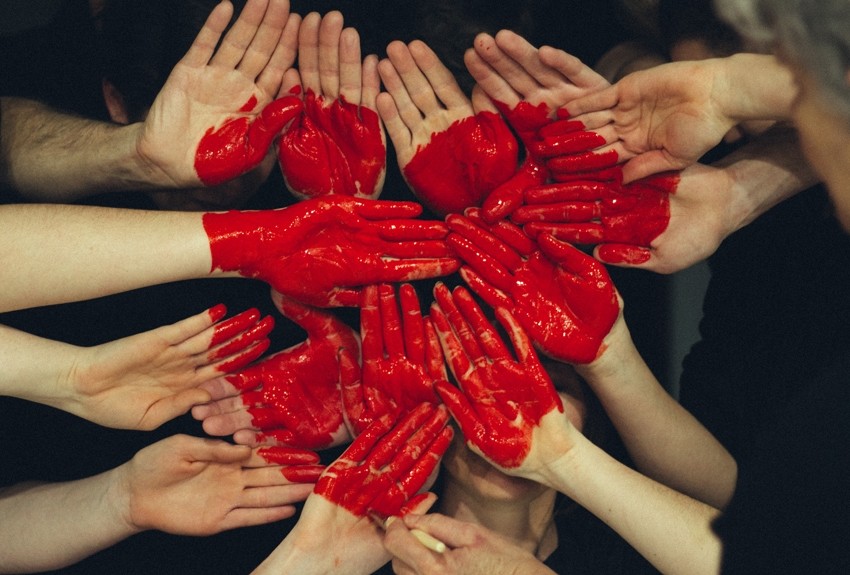 Did you know that people of a diverse sexual orientation, sex or gender account for up to 11 per cent of the Australian population? Yet, according to the Human Rights Commission up to 42 per cent of LGBTI people have hidden who they are at a community event.

This statistic reminds us of the importance of language and getting it right. You never know who is in your presence and the potential harm your comments may cause.

Similar to flippant comments about mental illness, inappropriate comments about sexuality and gender can have an impact on someone’s mental health. A 2013 report by the National LGBTI Health Alliance suggests discrimination and exclusion are key factors in LGBTI mental ill-health and suicide.

To help us understand the intricacies of language, and to build a community that’s safe and respectful, we spoke to Sally Morris, the National Coordinator of the MindOUT project with the National LGBTI Health Alliance.

What does LGBTI mean?

The initials ‘LGBTI’ refer collectively to people who are lesbian, gay, bisexual, transgender and intersex.

A lesbian, or a gay man, is someone who experiences a primary romantic or sexual attraction to other people who describe themselves to be of the same gender.

A bisexual person is a person who experiences these feelings to more than one gender. The term ‘bi‘ is also used to describe feelings for more than two genders. In this case, some people prefer the terms ‘queer’ or ‘pansexual’.

Transgender is an umbrella term used to describe people who were assigned a sex at birth that does not reflect their understanding of their gender or behaviours. Most people of trans experience live and identify as a woman or a man, however some identify as ‘trans’ or as a gender other than female or male. People from Aboriginal, Indigenous and Torres Strait Islander communities often use ‘sistergirl’ or ‘brotherboy’.

So, lesbian, gay and bisexual are about sexuality, transgender is about gender and intersex is about bodies.

There are many ways of describing these five distinct, but sometimes overlapping groups, beyond the five letters LGBTI. The term is helpful for succinct communication, but it is important to consider people beyond these labels.

What does community mean for LGBTI people?

One way of thinking about ‘community’ is as a group of people who share things in common.

So, the ‘LGBTI community’ is a group of people who have similarities around their experiences of sexuality, gender, body and relationships. For many this will be their experience of stigma, prejudice, exclusion and discrimination. Very common experiences for many LGBTI people.

It is important to appreciate that within every community there is also diversity. Within LGBTI there is a wide range of identities, experiences and histories that intersect and overlap.

Therefore, there isn’t a single or unified ‘LGBTI community’, rather we often speak about LGBTI communities in plural to capture the variety of experiences.

What's misgendering and how can it be avoided?

‘Misgendering’ is when a person accidently or deliberately refers to someone as the incorrect gender. We usually do this by using the wrong pronouns – words we use to refer to a person instead of their name.

Pronouns are usually associated with gender, ‘she’ or ‘he’. However, there is also the gender neutral pronoun ‘they’. We can use ‘they’ when we don’t know the gender of a person, or if the person doesn’t identify as being either male or female.

Misgendering happens when we assume a person’s gender based on how they look, and use a pronoun that does not reflect the gender that person identifies with. For example, we may assume because someone has features that we consider feminine, that they should be called ‘she’. But this may be incorrect!

Misgendering is something that many transgender people experience (along with other LGBTI people).

One of the best ways to avoid misgendering is to not make assumptions based on what you think a person’s gender should be. And if you get it wrong, as we all do, be open and willing to learn. Remember that it’s ok to ask people what pronouns they prefer.

What is impact of misgendering and discrimination?

Although most LGBTI Australians live healthy and happy lives, research shows that a disproportionate number experience poorer mental health outcomes and have higher risk of suicidal behaviour. These outcomes have been shown to be directly related the distress that arises from stigma, prejudice, discrimination and abuse.

It is important to know that despite growing acceptance and inclusion, LGBTI people still experience significant amounts of stigma and discrimination. The expectation of these experiences, or the fear of a hostile and stressful environment, can also affect someone’s wellbeing.

If someone doesn’t feel safe they are less likely to engage in community spaces or activities. This means that LGBTI people can miss out on opportunities within the community.

What are some strategies to help foster a sense of community inclusive of LGBTI people?

If we think about community not necessarily as a place, but something we do, it is our interactions with each other that are fundamental to fostering a sense of community.

We can create community by being open, by welcoming each other and our differences, sharing our stories and learning from each other.

Sometimes you might need to be explicit that LGBTI people are welcome in your community. This is because LGBTI people are so used to being excluded, they often assume that they aren’t welcome.

What resources are available to promote an open inclusive community?

The National LGBTI Health Alliance is the peak body for health-related programs, services and research focused on LGBTI people and other communities.

QLife is a national peer supported telephone and web based service for LGBTI people. QLife provides a place to talk about mental health, relationships, isolation, coming out and other concerns. It has a range of resources to help support better understanding of LGBTI people and communities.