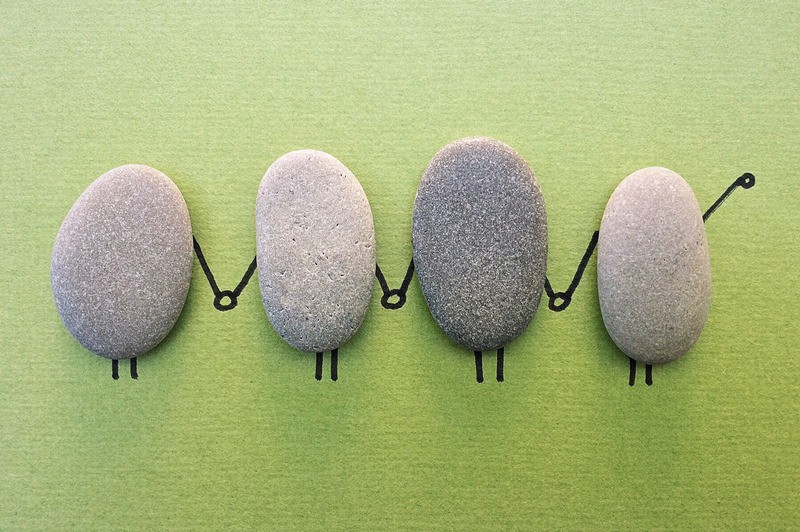 Stigma is defined as a mark of disgrace that sets a person apart from others. It can occur due to misunderstanding as well as prejudice. For people living with mental illness, stigma can lead to a lack of support or compassion, leaving them feeling misunderstood and marginalised.

Stigma is sadly prevalent in the workplace. Many workers are reluctant to reveal their experience of mental illness for fear of being treated differently or as if they are somehow less competent than other people. Much of the stigma around mental health is rooted in fear and exists mainly because some people don't understand mental illness.

Knowledge and acceptance are powerful tools for reducing stigma – however, it can be hard to know where to start. Whether you are affected by mental illness yourself or want to stand up for others around you, here are five things you can do today to fight stigma in your workplace.

Knowledge trumps discrimination. Mental illness is still poorly understood in society, so the better informed you are, the better equipped you are to identify and respond to stigma. Talking about mental health at work is powerful, and you don't have to give away your life story to do so.

Find out as much as you can about mental health and mental illness, especially the myths, and share it.

Certain words and language choices can stigmatise people living with mental illness as well as reinforce myths about mental health care. Don't say 'he's a schizophrenic' or 'she's OCD'. People are people, not diagnoses. Use person-first language such as 'he has schizophrenia' or 'she has OCD'.

Speak up if you hear a colleague use harmful language that reinforces negative stereotypes and myths about mental illness. Lead through example by using the right terminology when talking about mental illness and don't be afraid to pull someone else up on labelling a person by their mental illness or using problematic terms such as 'nutjob, 'psycho', 'headcase', 'crazy' or 'schizo'.

The same goes for using a diagnostic term to describe general behaviour – for example, 'I'm so OCD when it comes to cleaning my desk' or 'he's so bipolar when dealing with the public'. Given that 1 in 4 Australian workers experience a mental illness, it's more likely than not that someone will feel disrespected or ostracised by these terms being used out of context.

Mental illness is, in most cases, hard to spot. People can be in considerable internal distress without giving away much on the surface. Likewise, people who seem to behave erratically are often quite healthy, just a bit eccentric.

Be supportive and inclusive in your interactions and genuinely show an interest in how people think and feel to make it easier for them to bring up tough subjects. Remind yourself that for any given person, on any given day, multiple factors may or may not be making them feel okay. One of those may be mental illness; if it is, your support will help.

Stigma against mental illness often results from the way it is reported and portrayed in the media. You can take practical steps to tackle this: if you see media coverage that stigmatises mental illness or irresponsibly reports suicide, report it to our StigmaWatch program, which promotes responsible reporting of mental illness and suicide in the Australian media. Everyone can contribute to a less stigmatising society. Join StigmaWatch today.

For authoritative information about mental illness, including treatment, support and ways you can help yourself or others, visit our evidence-based Facts & Guides. Each topic has a range of materials that can be read, watched, listened to or downloaded for later.

The SANE helpline enables adults living with a mental illness and all those involved in their care to talk to a mental health professional (open from 10am-10pm AEST).