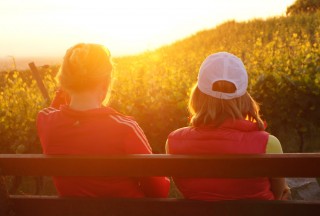 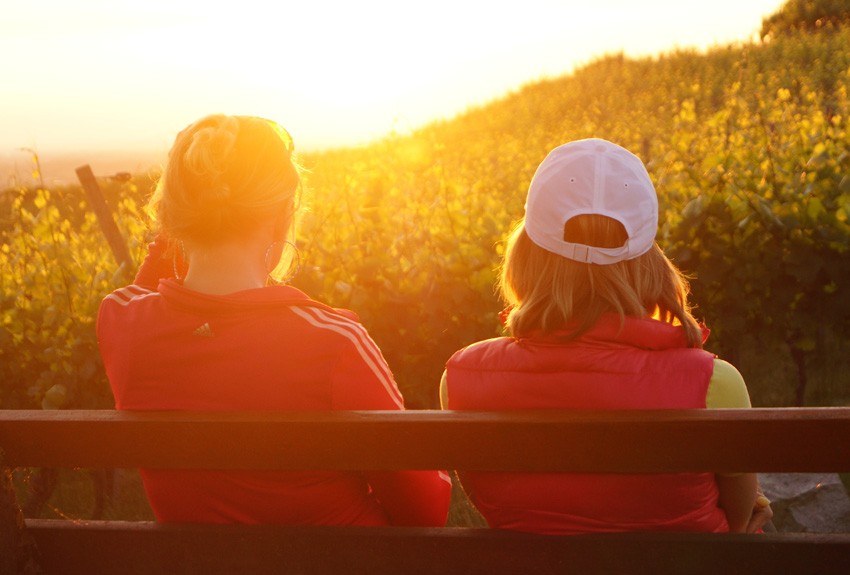 'Peri-menopause caused chronic anxiety and distress around that time of the month. It made it harder to cope and was overwhelming at times.'

Marking the end of the menstrual cycle, menopause is defined as occurring 12 months after a woman's last menstrual period. The five to ten year period before menopause, when estrogen and hormone levels begin to drop, is called perimenopause.

Hormones are the messengers in the body that start, stop, speed up or slow down our physical and chemical functions. Ovaries are the source of estrogen and progesterone, the two key hormones that control the reproductive system, including the menstrual cycle and fertility in women.

During menopause, estrogen depletion can bring on a combination of hormonal and biochemical fluctuations that can lead to changes in the brain and nervous system.

Studies show that hormonal fluctuations and changes in estrogen levels can interact with chemicals in the brain, affecting mood. Due to depletion in estrogen a woman may experience:

Is there a connection between menopause and depression?

Clinical trials are yet to find a link between depression and menopause. But many women do experience mood swings during perimenopause. Happy highs then teary-eyed lows. Cheerful times followed by crabby days. These mood swings are often linked to fluctuating levels of estrogen.

Depression may also be a result of potential physical and emotional effects of menopause (such as insomnia),

'This period of life can be extremely difficult for some, including hospital visits. I found coping with life and stressors became much harder and I also found it brought to the fore unresolved repressed past hurts that demanded me to deal with them.'

Menopause has been shown to exacerbate bipolar disorder. Although doctors don't completely understand the biochemistry behind the reaction, research suggests that a significant number of women with bipolar disorder are more sensitive to hormonal shifts during menopause. At menopause women living with bipolar disorder report more depressive episodes than those without. This is at least partly due to the normal menopausal decrease in the hormone estrogen.

Estrogen has been shown to have important neurological and psychological protective activities. A reduction has been shown to potentially trigger or aggravate mental disorders including psychotic ones. This has led researchers to believe there may be a link between estrogen levels and psychosis in women.

Women with pre-existing chronic schizophrenia may experience a deterioration of their illness and possible higher demand for medication.

It seems perimenopause may enhance the risk of first onset of schizophrenic psychoses. While schizophrenia typically has its onset in young adulthood, there is a second peak in women around menopause. Researchers have suggested that falling estrogen levels may modulate certain brain neurotransmitters, this may lead to an increase in symptoms of schizophrenia during this hormonal transition.

Despite the known effect of estrogen levels, other factors can influence a woman's mental health.

This phase of life is often burdened with emotional stressors such as ending or starting romantic relationships, grown children leaving or returning home, financial or career changes, concerns about ageing parents, getting older in a society that values youth, worries about the health of a partner and need to reevaluate life expectations.

When you look at the potential effects of menopause and societal pressures this period can sound overwhelming. But remember you can always talk to your GP, or you can connect with others on the SANE Forums to discuss these issues.

This last quote comes from a user on the Forums.

'We can come out of this phase of life stronger, wiser and feeling gratitude for the small things in life. Life circumstances play a part in how we get through this time. It's possible that your emotional intensity and regulation could go down a notch, but no one can predict that as all women are different.