Jan 20 Posted by Julie Leitch in My story 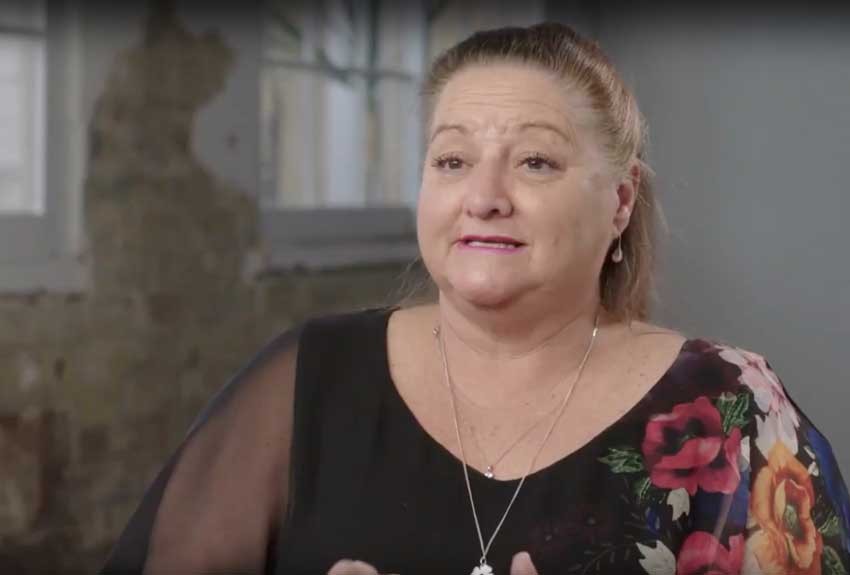 My life was a living hell before I received treatment. For me, OCD caused unwanted thoughts. I truly believed someone in my family would die if I didn't do everything perfectly. I used to live in fear.

My OCD symptoms developed gradually. When I was just five years old, I felt a pressure to keep my mum, dad and two brothers safe. I needed to know where my family was at all times and I only felt comfortable when everyone was home together. Looking back, I find it very sad for a child to have such overwhelming worry.

The OCD slowly crept in with time. My symptoms increased with severity year after year. By the time I was 23 years old, I was virtually incapable of doing anything without the assistance of my husband. It took a further seven years before I was finally diagnosed with OCD.

What lead to your diagnosis?

My husband suggested I see the GP when I was 28 years old as he could no longer live the way we were living.

He had become involved in my rituals. I would wake him up several times during the night to check the windows and doors and then I would re-check them.

The GP sent me to a psychiatrist who I visited weekly for two years. These visits involved talking about my compulsions and horrible thoughts. While I was getting worse by the day, she never once mentioned OCD.

My husband came home one afternoon and said he wanted me to read a magazine story he had found about people living with OCD. The people in the story had similar behaviours to me.

We took the article to the GP and he referred me to the specialist from the article. This was the best thing that happened to me. I had three weeks of daily intensive Cognitive Behaviour Therapy followed by 12 months of follow-up appointments. The treatment changed my life and I will be forever grateful to this psychologist.

Treatment involved confronting my fear of death. I had to purchase a sympathy card. This might not sound like much for most people. For me though, if I saw a sympathy card, I thought someone I loved would die. The next day he made me write on the card and send it to myself. Each day a new activity was added, these included visiting funeral parlours, cemeteries and many other places I had deemed were scary. This was to show me that I could not cause anyone else to die.

How did your symptoms develop over time?

As a child, every night before I went to bed I would yell out to mum and dad, 'Have you locked the windows and doors and turned off the heater and the stove?' and every night I would be told, 'Yes! Go to sleep.'

In primary school, if I made a mistake I would have to tear the page out and start again. I could not rub or cross it out. I was also starting to wash my hands more than usual. It wasn't until I got to high school that the terrifying thought came to me – 'If I don't do everything perfectly someone in my family will die.'

At 16 years old, I started having trouble reading. I would get to the end of a sentence and think, 'Did I pause at the comma or read that word?'. I would keep reading the sentence over and over again. It could take me two weeks to read a paragraph so I stopped reading. I decided to leave school as I would not be able to sit for my HSC because I could not read the novels or complete any of my assignments.

I got a job through a friend at the TAB which I loved. Everything was going well for the first 12 to 18 months and then the OCD started to impact my job. I didn't believe I had put the money in the safe, locked the safe and turned the alarm on. I started to keep a little note book and would tick off things as I did them. Then I started to not trust my checks so I paid a casual staff member to stay back. I would ask her, 'Have I put the money in the safe? Have I locked the safe? Have I turned the alarm on?' This worked for another 12 months. After this, I started to doubt her checks so I would go back during the night to check everything. I had to leave this job.

During this time, I got married and things started to go downhill. I was now trying to keep a husband protected and the house safe. I needed to know where my husband was at all times so I knew he was safe. Leaving the house could take two hours, checking the stove, windows, doors and removing the plugs from the power points. I was washing my hands for up to an hour at a time.

Things got progressively worse over the next six years. By the time I reached 28 years old, I had trouble dressing, cooking and eating. When eating I would have to ask my husband with each bite, 'If I eat this will everyone be safe?'.

There was nothing in my day that did not involve hours of rituals.

Treatment gave me my life back.

Labels can be stigmatising or shaming. How did diagnosis affect you?

​Receiving a diagnosis was the best thing that ever happened to me. Once I knew what I had, I was able to get treatment. If you know what the enemy is you can do something to get rid of it. I may be a person who has lived with OCD, but I don't live my life as 'Julie with OCD'. My life is full of many things and somewhere a long way down the list is 'I also have OCD'.

What's the most frustrating misconception about OCD?


I've found some people tend to think of OCD as trivial. It's not. OCD can be extremely debilitating.

People sometimes do things such as straighten pens on the desk and say, 'I'm so OCD.' This statement can irritate people with OCD as that person does not live with the crippling thoughts and rituals a person living with OCD experiences.

How open are you about your condition?


I don't mind telling people I have OCD. I've been involved in public forums raising awareness of anxiety disorders and have been interviewed for TV and radio.

As part of my job at WayAhead, I go to primary schools and speak to teachers and parents about anxiety disorders in school-aged children to help raise awareness. I am not ashamed of my OCD.

I want people to know that they can get help and get their disorder under control. I do not tell everyone, not because of stigma, but because my OCD is under control. It doesn't interfere with my life now, so it is not something at the forefront of my mind.

How does OCD affect your relationships?


​I think OCD put a strain on my marriage. I know my husband would disagree as he just went with the flow. OCD stopped us from socialising and my husband was my reassurance so he would be asked questions time and time again.

I don't think OCD affected friendships. I have a core group of friends, five of us in total, who have known each other since kindergarten. They noticed that at my worst I wasn't going to social events. I eventually told them I had OCD and they were understanding. They may not have understood the disorder but helped me where possible.

One of these friends phoned me every day during my treatment to see how I was and what my treatment had been that day. Just the fact that she phoned me was so helpful and this is something that will never be forgotten.

Has OCD influenced your personal trajectory?


I did not get to follow the dream I had of going to university and doing the job I had always wanted. But the people I have met and the experiences I have had at work, support groups, public forums and schools has been wonderful – good things outweigh the negative things.

I think I'm strong. Living with OCD can be an extremely debilitating, but I have come through the other side and now feel I might be able to help others.


My day today is totally different to when I was in the depths of my OCD. Prior to treatment, when the alarm went off in the morning, I would start to cry because I knew my day would be filled with horrible thoughts, panic attacks and hours and hours of rituals. Every action caused me to spend time checking, counting, washing or trying to debate with my thoughts.

The simple thought of having to leave the house would send me into a panic attack. My husband had to help me with getting dressed so I didn't put something on wrong. He let me know everything was going to be okay.

I couldn't cook because I thought food was contaminated. I had to drink water or lemonade so that I could see nothing was in my drink. I believed dark drinks might hide something that had fallen in the cup.

I only went to the toilet twice a day because I knew I would be stuck washing my hands for hours afterward. It took me hours to brush my hair as I could not have one hair out of place. I would be crying, my arms would be aching, but I had to keep going until I thought my hair was perfect. These panic attacks would come and go during the day but the rituals would last all day until I went to sleep. Then it would all start again with that rotten alarm the next morning. At my worst, I was completely at the mercy of OCD. I felt like I was in a deep black hole and I had no way of getting out.

Today, I get dressed, grab my bag, pick up my keys and walk out the door locking it without checking — something I once wouldn't have thought possible. I enjoy my family and friends and I have a great job where I hope I might make a little difference to people. I have made some beautiful friendships with people from our groups over the years.

My only wish is that I had known about OCD and how it can be treated much earlier than I did.