Skip to main content
Home > Information & stories > The SANE Blog > If this is a post-schizophrenia world, then who the hell am I?

Home > Information & stories > The SANE Blog > If this is a post-schizophrenia world, then who the hell am I?
Share 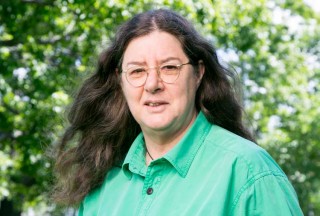 If this is a post-schizophrenia world, then who the hell am I?

Sandy Jeffs
Home > Information & stories > The SANE Blog > If this is a post-schizophrenia world, then who the hell am I?
Share 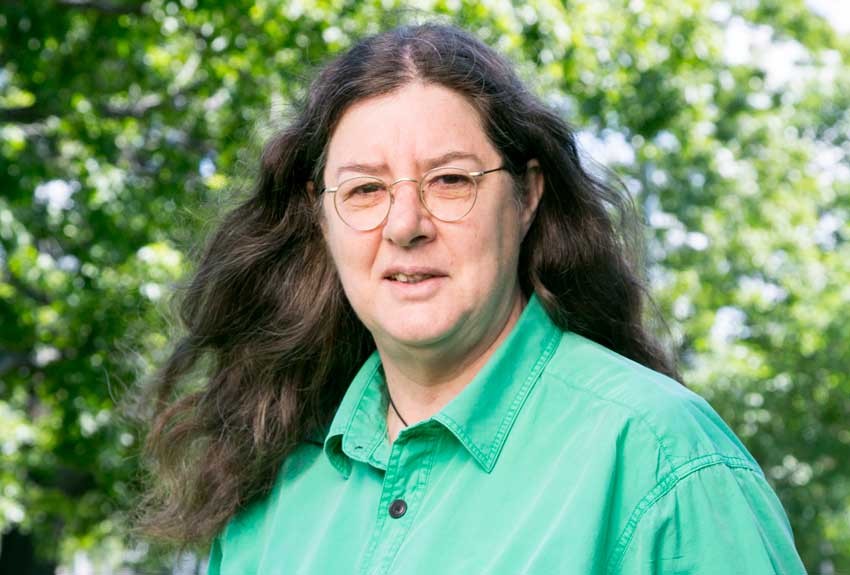 At 23 I was still naive, and even though I had been a university student I had not encountered schizophrenia in friends or relatives. I sat bewildered in the psychiatrist's office, perplexed not only by my inner psychotic confusion but wondering what was to become of me.

It later became clear that such a diagnosis was seen then, in 1976, as a virtual death-sentence. With each ensuing psychotic episode, I was to recede into unreachable madness from which I world not recover.

And to me at the time this seemed plausible because I was terrorised by persistent voices, telling me I was the evilest creature to ever walk in the world. I was captured by bizarre delusions. I was visited by the Virgin Mary and a hag who kept appearing to me in the mirror. The outer world which seemed menacing and hostile, was bombarding my unfiltered inner world like a battering ram.

Suddenly, I was in a madhouse and taking drugs that made me restless, shake, dribble, constipated and pace the floor. I was ashamed of myself and felt a failure for having let this happen.

At that time there was a disquieting invisibility about being a mental patient. No one talked publicly about having schizophrenia. Why would one? We were the dross of society, the hopeless, the useless and the forgotten mad who were locked up in loony bins.

What had caused my schizophrenia? Was it my violent parents or my lesbianism? Was it a personal weakness? Was I too sensitive to the world? In 1976 the medical model of a biological cause, of chemical imbalances in the brain, was becoming more accepted. It didn't blame me, my parents or circumstances for my schizophrenia. It gave me comfort that I was mad not bad, and a hope that I could be helped by medication.

This became my narrative, the story I told myself to understand my wayward mind and incomprehensible behaviour. It was also the narrative of my memoir Flying with Paper Wings: Reflections on Living with Madness, published in 2009. When we first went out into the world to tell our stories in the 1980s we were armed with this medical model.

Since then my narrative has been challenged by a rapidly changing and much more politically complex mental health world. I was attending conferences where the medical model was deconstructed brutally, consumers were rejecting the illness model and calling themselves voice-hearers. Postmodern theory was melding with queer theory and morphing into mad theory.

The word and diagnosis of schizophrenia has always ignited passionate debate as to its appropriateness for the condition it tries to describe. And here I am in a whirlpool of theory and paradigm shifts, which jostle around this enigmatic experience that has been my life for 41 years.

The idea of 'mental illness' is shrouded in awful pessimistic determinism. Because the cause of mental illness is still not known, therefore there is no cure. There are no blood tests to indicate it, no lesions to point to an illness, no physical marks. Diagnosis is still based on a clinician's interpretation of someone's behaviour and words.

The incurability of mental illness is for some people an unacceptable burden. Perhaps by constructing my life around my schizophrenia I have accepted that burden too easily.

There is a reluctance now to use the word schizophrenia because it carries so much bad baggage. Some prefer to call themselves voice-hearers. But I am not just a voice-hearer. I fall into billowing psychotic fantasias that are also full of delusions, paranoia and visual hallucinations. My mind seems so fragmented at times that I feel like I'm trying to catch its bits in a butterfly net as they flutter in the wind.

The debilitating effects on one's life are profound. How do I make sense of my schizophrenia in the midst of a so many conflicting theories?

I am left with many questions and am unsure of my relevance to the mental health world as an advocate. I wonder who I am speaking for when I am in my public persona. I see myself as a relic from Larundel Psychiatric Hospital, an old madhouse, to which I had many admissions.

It was simpler 30 years ago. Our mission was to ignite compassion, understanding and respect for the mentally ill by talking about our 'lived experience'. Now, the 'lived experience' is not a consistent one of illness but of many different interpretations of one's emotional distress, often with a political agenda.

Challenges to the medical model are not new, and I too have been critical of its neglect of the holistic aspects of our lives. My mantra to psychiatrists is: you can medicate the brain but you have to talk to a mind. In the end I do lean towards the idea that I have a mental illness but I have a profound disappointment in the treatment offered by psychiatry.

It's time we accepted that the second-generation of atypical antipsychotic drugs have failed to live up to the fanfare they were heralded in with and that their efficacy hasn't translated into the recovery they promised.

Like many of my mad comrades, after living for so long with this hellish illness, I am frustrated by my continuing struggle with it. But a way forward is not that clear in a world where there are many voices, with many different messages.

And with schizophrenia under attack, the question for me is: who is my authentic self? And do I have the courage to be true to her and resist the plethora of voices that swarm around my head, pulling me from pillar to post?

If this is a post schizophrenia world, who the hell am I?

Sandy Jeffs is a poet, writer, advocate and SANE Speaker.

This article was originally published by Durham University's Centre for Medical Humanities.