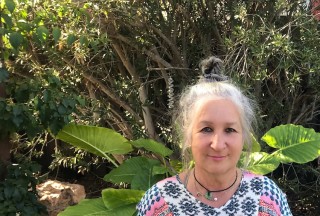 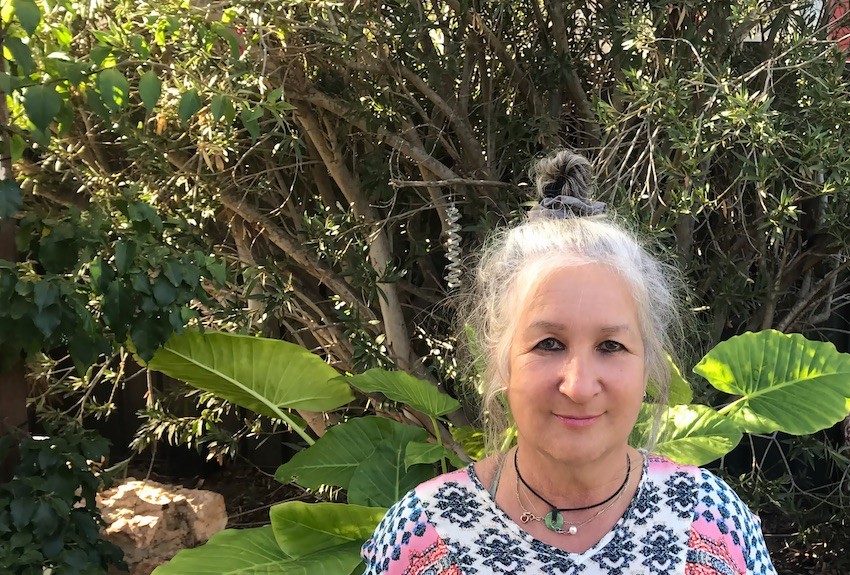 I eloped with my partner in November 1985, wearing huge ‘leg of mutton’ puff sleeves and listening to Starship’s ‘We built this city’. I worked in marketing and he was a registered nurse. He was funny, quirky, different and we were in love. We did what everyone was doing; buying a house, partying, dinners, birthdays, Christmas and in a blink, ten years had passed.

In 1998 our son was born, and everything seemed perfect. Seemed.

Unknown to me and everyone else, my partner had been hiding his increasing visual and auditory hallucinations since 1977. Until, in 2003 hiding it became impossible, and he was formally diagnosed with schizophrenia.

And then, the world changed. Every possible emotion. And I became a full-time carer. Just. Like. That.

So in 2004 when my son started school, I thought it a good idea to do something outside of the home. Something meaningful for my own sense of wellbeing and self-worth.

I was grappling with a world seemingly without structure, increasingly driven by a medical model of care; appointments, chemists, phone calls. It felt unpredictable, unknowable, like an alternate state of being had seemingly entered our home and our heart.

I decided to go to back university, having dropped out in 1981 when a vodka and tonic was $0.97c goodness me! I decided on a visual arts degree with the aim of learning how to make jewelry, which, in my mind, I would potentially sell.

Year two at UniSA and all good intentions flew out the window when I discovered the painting department and a lecturer who would change my trajectory.

A nonchalant comment hit me like a thunderbolt. “If you want to make good art, make work that means something deeply and truly to you.”

I made artworks which reflected our shared lack of language, the slippages and silences in our relationship, the white noise, the shared and nonshared experiences we now had with this illness.

I competed my Bachelor degree in 2007 and commenced Honours in 2008, naming my research and body of work ‘Music from Another Room.’ This was a nod to my husband who, when trying to distract from the positive symptoms and find solace from the negative, would shut himself in our laundry and all I would hear was the music he was listening to.

The artwork I made was predominantly white, being read as silence, as I continued to research the negative signs of schizophrenia.

This research, and my artworks, were submitted to be presented at a global conference on mental health at Oxford University in 2009. I gladly accepted. I was one of two artists and one of only 35 people in total to present to a room of academics, medical professionals, writers, nurses, researchers and psychiatrists from around the world.

My research was selected to be published in a book, and I am proud to say my mother has a copy in her bookcase.

From this, I was offered a PhD candidature, where I continued research into schizophrenia.

This time, I focused on the language my husband and I shared, and sometimes did not, and showed this in artworks made from found objects.

The thesis is named 'coloured glass falling from fig trees' as I had caught my husband looking at a fig tree after the rain. The sun had just come out and I asked him what he was mesmerized by. He said the reflection of the sunlight inside the raindrops looked like colored glass, and as the drops fell to the ground it looked like colored glass smashing in slow motion.

I thought it one of the most beautiful images I had ever had the privilege of sharing. This research was presented, by invitations, once again, at Oxford in 2011.

I guess the whole thing about my lived experience as a carer was that there were times of unimaginable stress and trauma, fear, panic, lack of assistance, complete confusion, anger and loss.

But there has been alongside it a thread of knowledge, creativity, poetry, beauty and the sublime, of gifts beyond imagining.

And as a side note, now I’m a doctor(ate) and my husband was a nurse and I always find that funny.

So as a carer, I would like to encourage others to look towards the arts as an avenue to understanding and enrichment. This unique life experience has afforded me, amongst other things, the gift of creativity and knowledge. And knowledge is the power to discover more...

A side note, we will be celebrating our 36th wedding anniversary this year, whilst listening to The Wiggles singing Tame Impala’s 'Elephant'.