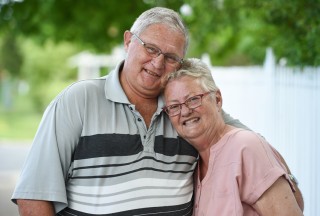 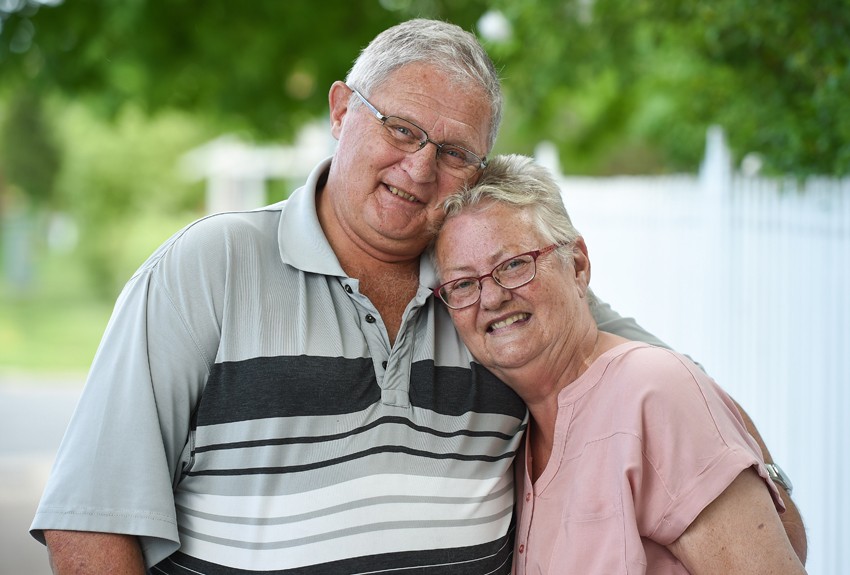 Cathy: I'd had problems with depression most of my life, it is an ongoing thing. I started seeking treatment 20 years ago. My diagnosis is borderline personality disorder and depression with psychotic episodes.

It was a shock to be diagnosed, but there was a bit of relief. I realised that it was a diagnosable issue, it wasn't just my behaviour.

Fred: We'd only been married two years, and those two years were rather horrendous. I was very reactionary and I didn't know where all this stuff was coming from. I had all the popular beliefs around mental illness which weren't good. I'm not proud of it.

When Cathy took her first overdose, I thought she was looking for attention. So when she was diagnosed I realised, 'Oh, there's a reason for all this.' It didn't make everything perfect, but it gave us a reason for why everything was going on. I realised that I had to make a few changes.

On family and friends

Cathy: Our friends and family knew there was something wrong, but they didn't really know what. Most of the time the kids just accepted that that's the way their mum is.

One close friend of Cathy's rang up after an overdose and said, 'I don't understand how someone with a loving husband and five kids could want to commit suicide.' I told her that I did understand. And that person hung up and we never heard from her again.

Cathy: I had really close friends say I was going to hell because of the way I was acting. It's been a rough time.

Fred: We've experienced some issues with mental health workers too. Sometimes I think that people think that BPD stands for bad personal disciple, rather than borderline personality disorder.

Cathy: Spectrum (a Victorian service supporting people with personality disorder) was a lifesaver. I learned why I was doing what I was doing. It took a lot of hard work from me, and from my family, to get some sort of resolution with it now.

Fred: This might sound strange, but in some ways, it has helped our relationship. I'm not the easiest person to live with, and I have my own issues with major depression. The treatment helped Cathy have the confidence to say to me, "Hey, pull your head in."

Cathy: Before I got treatment, I wouldn't say anything. I was too shy, terribly shy. Fred is quite a large person, and he used to scare the living daylights out of me. My first marriage was very abusive. It took a long time for me to realise that just because he is big doesn't mean he is going to be bashing me.

We have had to work together at the marriage.

Fred: And we still do. I grew up in a domestic violence household. And I came out of that declaring that I would never be physically abusive, and I'm not. But I'm verbally abusive. My hearing is not so great, so I'm loud which doesn't help either.

But confronting this mental illness has brought us close together. When something happens to either of us, it brings out the best in us.

I've had people say to me that I'm a hero. Cathy is the hero, I've just been here for the journey.

Cathy: My five kids are from my previous marriage. I got unwell not long after we got married, so they blamed him, which I think is a normal thing for them to do.

Fred: And I handled it badly.

Cathy: It's taken a long time for it to all settle down, but now they've left home, gotten married, with kids of their own. It's all fine now.

Fred: We're both very black in our humour. If we said things out in public that we say to each other, we'd be crucified. Black humour has played a big part in getting through a lot of the journey.

Cathy: We have learnt to laugh at the silly childish things that we do, which I suppose is just being human.

You can learn more about Borderline Personality Disorder in SANE's  BPD Factsheet.

Share
Facebook Twitter LinkedIn
Tags:
carer carers borderline personality disorder (BPD)
Managing a successful career and mental illness
What not to say to someone with a complex mental h...

My story: The glue that holds it all together