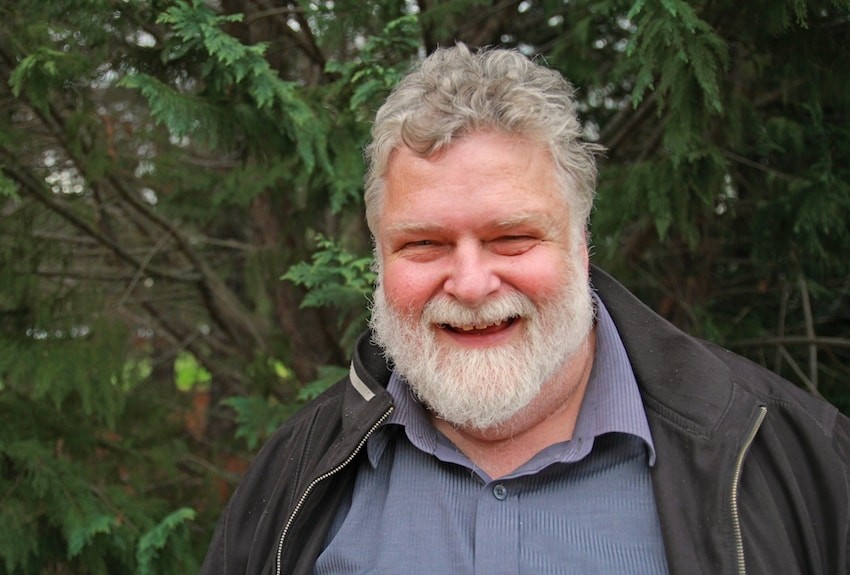 Simon Champ is a pioneer for the rights of people with mental illness in Australia. He believes that one of these fundamental rights is to be recognised and respected as human beings like anyone else — a simple yet distressingly difficult right to achieve, as the battle against stigma continues to this day.

As a young man in the 1980s, Simon attended a public discussion on mental illness organised by Anne Deveson and Dr Margaret Leggett one night at the Teacher’s Federation Hall in Sydney. Simon will never forget seeing jaws drop in the packed hall when he boldly stood up and said, ‘My name is Simon Champ and I have schizophrenia’.

‘There were very few places for people with mental illness to meet up and talk openly 30 years ago,’ says Simon.

‘The early meetings we had were very important. It was the start of a movement in Australia where people with mental illness began to talk about challenging our role as ‘helpless sufferers’ and being more active – focusing on strengths, developing ways of providing peer support, and building awareness of the fact that mental illness can affect anyone, not just an invisible, despised minority.’

After that defining night in Sydney, Simon worked with Anne on her documentary film about schizophrenia – Spinning Out – broadcast on the ABC. He later served on SANE Australia’s Board of Directors for nearly a decade.

‘I was impressed with how SANE gave a platform for people to turn their experience into stories … and then to turn those stories into advocacy, calling for improvements to attitudes and services,’ says Simon.

‘SANE worked equally with people affected by mental illness including families, friends and health professionals. There was common humanity from the very start.’

While Simon acknowledges progress in mental health services over the past few decades, he still sees a number of challenges persisting.

‘Lack of affordable housing for people with mental illness is a big problem,’ says Simon. ‘We are also still tackling stigma. Other mental health illnesses are getting plenty of attention, but schizophrenia remains something that many people don't want to talk about, even today.

‘We've a long way to go, and thank goodness SANE Australia is there to help in our fight for better attitudes and services in the community.’

We were once called ‘sufferers’. Since then we've been called patients, consumers, service users, clients and goodness know what else. I like that SANE Australia has always referred to us as people, just like anyone else.