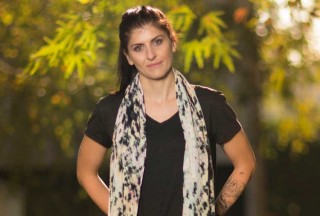 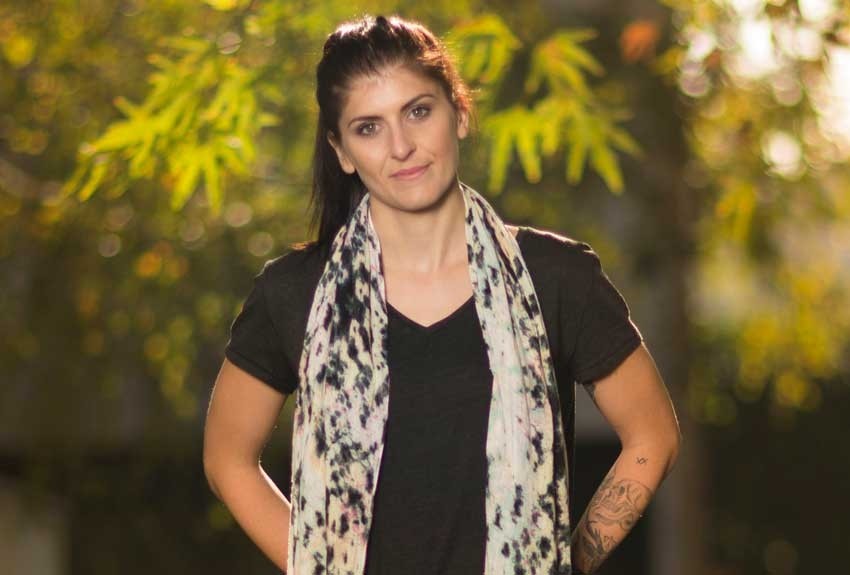 ‘While the symptoms of borderline personality disorder can be quite diverse, for me it was an irrational and impulsive response to different situations,’ says Stephanie.

‘I was very black and white.

‘One minute I could be totally fine then something would trigger me into a complete suicidal episode and a 24-hour downward spiral.’

Commonly known symptoms include distressing emotional states, difficulty in relationships, fears of abandonment and recurring suicidal or self-harming behaviour. However, people with BPD can also experience an unclear sense of self, impulsive actions, emotional instability, periods of intense anger and difficultly controlling it, paranoid thinking, feelings of emptiness, and dissociation or a disconnection from their own thoughts, feelings and memories.

Symptoms often begin in adolescence or early adulthood. It is estimated that between one and four per cent of the population are affected by BPD. The causes of the condition are not yet fully understood, but are likely to be a combination of biological and environmental factors.

If you or someone you care for has been diagnosed with BPD, this can be a time filled with a lot of conflicting feelings. Receiving a diagnosis can help to explain symptoms but at times a diagnosis can also be confronting.

The important thing here is not the diagnosis or 'label'. Being given a diagnosis does not define you or your loved one. The diagnosis is a way of describing a set of symptoms that enables effective communication between professionals and the planning of treatment.

BPD is not only overwhelming for people living with the illness, but can also lead to fatigue in carers and health professionals, and a sense that BPD is hard to control.

‘Supporting someone with a mental illness is definitely challenging,’ says Stephanie.

‘Your family and closest friends feel they should be able to support and love you no matter what, but you really test that.’

Stephanie has nothing but praise for her family and her partner who she credits for helping her through the tough times.

‘My loved ones have been amazing and I am so grateful,’ she says.

‘My partner has been incredibly patient with me and he’s taken the time to learn my triggers.

'He’ll hide under the blankets with me until I’ve calmed down.

'He knows not to say anything. He knows just to be there.’

A common misconception is that BPD is not a ‘real’ mental illness, rather the symptoms are personality flaws. Stephanie’s story and the experiences of thousands of Australian’s, shows that BPD is in fact a real condition.

Another misconception is that as BPD is a personality disorder that cannot be treated, or that in general the condition is resistant to treatment. Unfortunately, this misconception can prevent people seeking help.

There are effective treatment options available for BPD. With the help of psychological therapies people can recover and learn how to manage their symptoms.

Despite their differences in approach, therapies for BPD share common features. The therapist and client are committed to work together in an in equal partnership. The therapist pays attention to the client’s needs, emotions, thoughts, and current challenges. The client agrees to play an active role in therapy by working with the therapist and making choices that will boost recovery.

As shown in Stephanie’s video for the Thriving Communities awareness campaign BPD is a real mental illness that affects thousands of Australians. But importantly it is possible for people to recover from BPD and live a productive, meaningful life.

For more information about this illness see SANE’s Guide to BPD.

Could it be BPD?