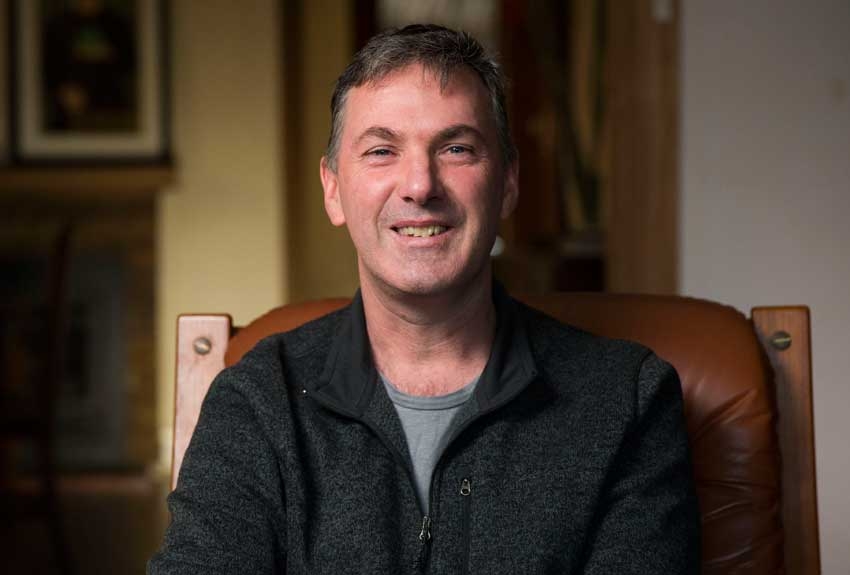 I was diagnosed with bipolar disorder 19 years ago when I was at TAFE. It came as a bit of a shock as I could not fathom how this could happen to me. I didn’t know much about mental illness or bipolar, but by getting help very early on I was able to get back on track and return to my schooling. I’ve been lucky to have the support of my family and friends and excellent doctors to help me in my recovery journey.

Everyone has their highs and lows. But with bipolar there are the extremes of becoming quite high or hypomanic and also the real downs where you become very depressed. When you’re experiencing mania, you have endless energy or might be getting by on only a couple of hours of sleep, or you’ll have all these grand ideas and plans. Then, when you’re down, you won’t want to leave the house or see anyone. So you’re constantly on a rollercoaster.

When I started to tell people about my diagnosis, I found most weren’t really aware of what mental illness is. Some people appeared uncomfortable or uneasy. A few friends even disappeared off the scene which was very difficult.

I think for many people it’s a fear of the unknown. This comes back to a lack of education and understanding from people that haven’t had a family member or friend or colleague with a mental illness. Or maybe they’ve seen negative media coverage about people suffering from a mental illness who’ve gotten into trouble.

I’ve worked in the mental health sector for the past 14 years and, while I’ve seen some improvement in people’s attitudes, unfortunately there’s still not enough education in schools or in the community. It’s better than it used to be, but it still needs to be improved so people aren’t afraid to speak out and get the help they need.

I’ve been quite open with my family about my condition, and when things haven’t been going too well we talk about it. My wife has been very understanding and she’s become really good at picking up on things before me if I’m becoming unwell or if I’m a little bit high or a bit down. This means we can get early help which makes a big difference.

I am really lucky, but I know that many people don’t have that kind of support which makes it so much more difficult. The SANE online forums are a great place for getting support from people who have a deeper understanding of what you are going through than probably your family and friends. It’s good to be able to hear about other people’s coping strategies too.

It’s all anonymous and you can go on and chat to someone at 3am if you’re feeling anxious or can’t sleep. When you read about someone going back to work or starting a relationship or doing well with their illness, it can be inspiring and give you hope that you can also live a full life.

I look forward to a day when people with mental illness will be accepted for who they are and won’t be judged. When they are seen for their qualities, hobbies, interests and job, not simply for their illness. The illness is just a small part of them, it doesn’t define who they are. And because mental illness doesn’t discriminate, it can affect anyone.