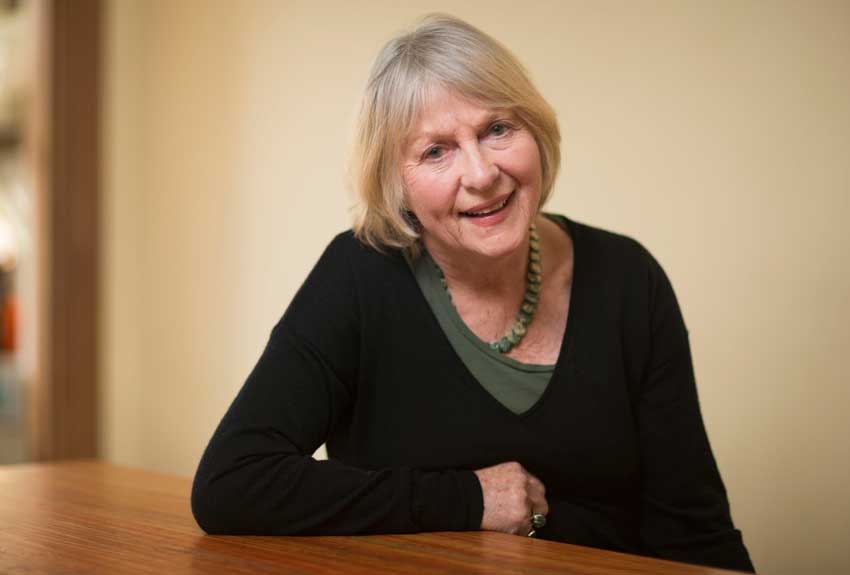 A lot of people think carers are saints, they don’t think of them as human beings. But they are real people who absolutely do suffer from isolation, stress and burnout. Carers never stop looking after their loved one. They let themselves go, they don’t do anything for themselves because they don’t have time. When they go to bed at night they lie awake worrying. As a carer, it is very important to try to look after yourself and stay connected. I know this from personal experience.

I started caring in the late 1970s for my sister, a gifted artist who developed schizophrenia. At the time my sister first started exhibiting symptoms, there wasn’t really any information out there and I didn’t know what to do. She shifted next door to me and I tried to help her. But I couldn’t understand what was happening. It took many, many months to get a diagnosis. It was very difficult.

She took herself off medication as it affected her art, and as a result she wasn’t very well. As a single mother of three, I was now also responsible for caring for my sister and her little boy, who subsequently developed schizophrenia as well. The caring went on for many years, around a decade. My nephew ultimately took his own life, and my sister died eight weeks later. It was like a nightmare. I don’t think there are words to describe it. My son then developed depression and bipolar disorder and I have been his carer on and off ever since.

Attitudes are improving slowly, but the stigma surrounding mental health issues does have an impact on carers. I run workshops and meet a lot of people who are still afraid to be honest about what is wrong with the person they’re caring for. They’ll often say they have cancer or something else to avoid being alienated. Many people in society are embarrassed, ignorant and fearful of mental illness, and carers do not get the support they need. They’re invisible people.

Caring is constant and can be very hard. At first, I didn’t know how to cope. I was a single mum with three children looking after my nephew and sister as well. I started to drink at night. This is not uncommon. Thankfully, I learned healthier ways of dealing with things – journaling and meditation. Then it all got too much again.

This happens to a lot of carers; you experience burnout but you have to keep going so you slip into a dissociative state. You go about your daily life like a robot, it’s almost as if you’re in a dream. I suffered that. I was driving home after visiting a family member in hospital late one night and I drove through a few red lights on autopilot. I have a carer friend who found herself driving on the wrong side of the road. Worryingly, instances like this are more common than you’d think.

This is why it’s so important for carers to be able to connect with others going through similar situations by using resources like the SANE online forums. There is one specifically for carers and it’s completely anonymous, so you don’t have to put on an act. You can share your experiences, seek advice, or just read about what other carers are going through. It’s an opportunity to be completely honest, and even share some unique carers’ black humour to lighten the load and realise you’re not alone.