Growing up, I played a lot of sport and had a very big and loving family. But I began feeling overwhelmed by the world and where I’d fit in.

When you’re in your own mind as a kid, you think that everyone’s feeling the same way you are. I didn’t want to feel like I was different. It took a long time to come around to the idea that what I was feeling wasn’t normal.

I would be really tired all the time. I would isolate myself from everyone around me. I never thought that anything I was doing was ever good enough. I didn’t think that I would get anywhere and didn’t see the point in trying.

I started getting really bogged down by that and my mum knew from very early on that I needed help. And I was adamant that I wasn’t going to get that help.

I could get myself going when I was around other people, but as soon as I came to the safety of my home I would let go and fall apart. But eventually it caught up with me. I couldn’t keep up putting on an appearance all the time and eventually a few people started to notice.

I like the idea that when people see me, they don’t just see the bipolar. They see me as the Ali that they’ve always known, or the Ali that they will come to know. As opposed to ‘Oh, Ali who has bipolar.’

When I’m unwell, it can be very dark, very lonely and very still. You just curl up and feel like the concrete sets over your entire body. You can feel the cracks settling in.

Hope is a really important thing to get you through some of those really dark times. It’s important to appreciate it because I remember a time when there wasn’t any. And once you find it, it’s important to hold on. It will come, hope does arrive.

When you’re feeling down, it’s really good just to retreat to things that you know that you enjoy. Simple, easy, achievable things. Making sure that you are your true self when you’re by yourself, and you allow yourself to be just what you want to be.

Outside of family and friends, my support networks have been mainly professional support. I worked very closely with my GP to set up what I have now. I find that I don’t need to see them all that much, but it’s good to know that I have those things there if things start to unravel a little bit.

There are so many resources these days that people can tap into, it’s actually incredible. And a lot of online ones. Everyone has different experiences so I feel like the best thing for anyone to do is to find out what works for them. It does take time and it is hard work, but it’s worth it. It is worth it. And when you do get in a place where you do realise it is worth it, that’s a special moment. 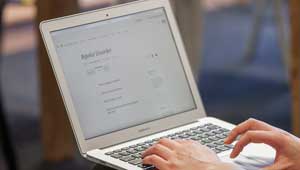