Living with OCD is a living hell. As a child, I felt I had to keep my family safe, but I didn't know why. If I made a mistake at school I had to rip the pages out and start again, or I felt something terrible would happen to someone I loved. Even though I knew deep down what I was doing didn’t make sense, I couldn't take the chance that somebody might die.

Leaving the house could take me two hours because I would check everything was off. My long-suffering husband had to reset the microwave, alarm clock and video recorder every night. I would boil everything before l cooked. It was just so time consuming. I was doing all sorts of things to keep my family safe and it would take up hours and hours of time.

People think it’s just about cleaning. They don’t understand the anxiety, and that’s the worst part. The thought is going round and the anxiety builds up — people don’t realise how awful that anxiety is.

People with OCD know that what we’re doing is irrational — that’s why we hide it. People will see some of our rituals but most of it is hidden. You look at the person beside you and they’re not washing their hands ten times or tapping the walls before they leave a room, but they may have OCD and they may be hiding their rituals.

Before I got treatment, my husband did everything for me. He’d help me shower, help me dress because I thought that even if I’d put my clothes on the wrong way somebody would die.

I didn’t manage my symptoms well. I let them run free unless someone was watching. Deep down we know what we’re doing is irrational, but you have to do it because you need to save somebody’s life or not get sick, or whatever your OCD thought is.

My husband suggested I see the GP when I was 28 years old as he could no longer live the way we were living. He was flicking through a magazine at work, read a story about people with OCD and thought, this is you! You’re doing what they’re doing.  We went to the GP the next morning. The GP said he’d never heard of it before.

Finding out what I had was incredible. It was life-changing. I had been seeing a psychiatrist for two years who never once mentioned OCD — so I got progressively worse.

Once I finally found out what I had, I did treatment every day for three weeks and spent two hours each day with the psychologist. We used to go to the funeral parlour, the hospice and the cemetery, to dispel that feeling that if I had anything to do with death, somebody might die.

I don’t know if I would have been so brave to go for treatment if I’d have known what I was going to have to have to do. Going to funeral parlours and cemeteries would have terrified me.

I’ve lived 28 years free of OCD. It’s still there though. I think it's like being an alcoholic — you might not have a drink for 30 years but you’re still an alcoholic because occasionally I’ll get an OCD thought. It doesn’t worry me, it doesn’t send me into rituals. But I think if I gave into it, it would all come back — it’s very, very strong.

But you can live really well if you get the right treatment for OCD. I got my life back after treatment, it was just amazing.

I stopped reading when I was about 16 because I’d get to the end of a sentence and think, ‘Did I stop at that comma? Did I say that word? Better read that sentence again.’ I could get stuck on that paragraph for a week.

After five years of treatment, I got a book for Christmas and I was sitting there, reading it and I started to cry. And my husband said, ‘Is it a sad book?’ and I said, ‘No, I’m reading. I can’t believe it!’ To get your life back, to get that treatment — it’s hard but it’s worth it.

Having recovered from OCD, my life is completely different. Prior to treatment I stopped socializing or having any sort of relationships. After treatment, I can walk out of that house without checking, I don’t have to wash constantly, I don’t have to be ringing up checking everybody’s health constantly.

I can go out, I have a beautiful daughter, we can go out to the theatre, I can make dinner — it’s really freeing. I can do things that everyone else does. 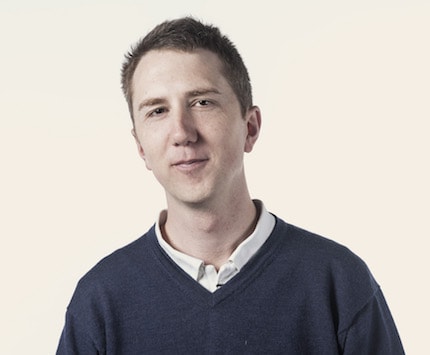