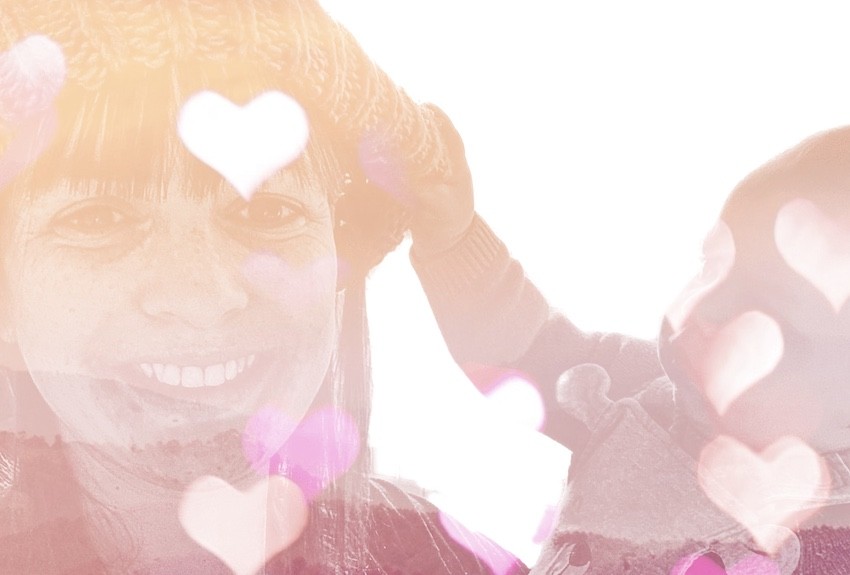 Rikki, Content and Communications Coordinator at SANE Australia, writes about her experience of postnatal anxiety and why the mental health system worked for her when so often it doesn't for others.

I can’t actually remember my first Mother’s Day. It was less than a year ago but it seems to have been completely erased from my memory. I’ve just checked the photos on my phone to see if I could find anything to help jog my memory but apparently I didn’t actually take any that day, so I guess it’s just gone!

There are a few missing days from my first year or so of motherhood. Somewhere between the exhaustion, the overwhelm, and the monotony of doing the same thing over and over again, they’ve just disappeared. My daughter was nearly 7 months old by that point, and I’d been getting help for postnatal anxiety for half her life. At the time I thought I was doing really well (because in comparison to when I’d first reached out for help, I was!). But looking back now and realising I have no recollection of what should have been such a significant milestone shows I still had a long way to go.

In saying that, I’ve been really lucky. All the supports I needed to ‘wrap around’ me did. So often we hear stories of the system not working, but for me, it did. We need to hear stories about when the system does do a good job because it shows that it can. We also need to ask why it worked for me when so often it doesn’t for others, and how this can help us address issues of accessibility.

When did the postnatal anxiety start?

I don’t think there was one thing that led to my postnatal anxiety. Rather, it was an accumulation of stressors. I’ve had long history of generalised anxiety disorder which had been well-managed with medication for about 10 years. I’d been contemplating weaning myself off these drugs for a while and pregnancy gave me the impetus to start. Four weeks later the entire the world shut down thanks to the pandemic. Had I known that was going to happen, I probably wouldn’t have been quite so hasty to stop taking them!

COVID-19 certainly contributed to my postnatal anxiety in multiple ways. Although I’d handled the situation quite well before I gave birth, as things got became more and more difficult in my daughter’s first months, I began to mourn everything I had missed out on because of it.

I barely saw my family and friends throughout my pregnancy. Antenatal classes were cancelled, and I had to attend appointments alone. Every time I entered the maternity ward, I was terrified something would be wrong and I’d have tell my partner over the phone. When my daughter was born, her dad couldn’t stay at the hospital, so I spent the entire night lying wide awake in a state of hypervigilance. In fact, I slept a total of five hours for the first six days of motherhood.

I felt like I’d lost all my self-confidence within the space of a couple of days. It’s hard to describe in words how incredibly distressing that was. I went into hospital a relatively self-assured and independent young woman, and I came out feeling like a shell of that person. Even the most mundane of choices – should I go for a walk? Did I have time to have a shower? – left me fraught with indecision. I needed constant reassurance that everything was ok.

The main contributor to my anxiety was colic. If you’ve experienced this, you’re probably grimacing in recognition. If you haven’t had the pleasure, you’re probably thinking: “Oh yeah, colic is that thing some babies get where they have a sore belly and cry a bit more than the average baby.” I know that’s what I used to think.

Colic is a vague term used to describe newborns with digestion issues. Colic is not crying a bit more than the average baby. Colic is a baby who screams for hours every day for months. My daughter screamed every afternoon and evening, for a minimum of three hours straight (her record was nine hours) from when she was 10 days old to when she was 10 weeks when we finally found a colic mix that worked. She didn’t sleep at all during the day and evening unless she was held upright, usually attached to my chest in an infant carrier.

Her father would don noise-cancelling headphones and send me to the shower for a break. But I could never drown out the noise. Even now, whenever I turn on the shower faucet, I still think I can hear wailing. I couldn’t bring myself to leave her for more than half an hour – all day I would walk around and rock her, keeping her upright over my shoulder. I’d sing any song that gave any sign of comfort, and feed her over and over until she was finally so tired that she fell asleep in her bassinet.

Then I’d get up and do it all over again.

When did I get help?

Because I work in the mental health sector, I was aware of perinatal mental issues. Because I’ve had a long history of anxiety, I understood issues could arise for me. I was open about it with my GP and with the Maternal Child Health Nurses I met because I needed them to be aware. And whilst they haven’t necessarily witnessed the consequences of my anxiety, most of my family and friends understand it’s something I live with and would know to keep an eye out for any symptoms.

I’m less guarded about my lived experience because I spend a lot of my week working for an organisation that aims to eliminate mental health stigma and discrimination. Anxiety also tends not to be as stigmatised as more complex mental health issues are.

Despite all of this, I still didn’t want to admit that I needed help. Acknowledging that I needed to go back on my medication felt like an admission of failure (this, of course, was the anxiety talking).

The moment came when my daughter’s colic had mostly been rectified but I still felt utterly miserable.

I got a new prescription from my GP, and, by chance, I met with a sleep consultant who recognised I was struggling and quickly enrolled me in an Enhanced Support program. This introduced me to a whole group of mums going through their version of the same thing.

For me, restarting my medication and a few months of group therapy was enough to get back on track.

So why did the system work for me and what can this teach us?

The primary reason is that when things were starting to unravel, I understood what was happening. And when I was ready to ask, I knew where to get help. This, in turn, meant I was able to access early interventions and avoid things getting to the point that I needed acute care.

Being able to access the right mental health support at the right time, shouldn’t be dependent upon knowing where to start. For many people dealing with mental distress, even the most basic tasks can be challenging. Promoting clear and consistent pathways to support is one way we could do better.

The second reason is that I became unwell while I was a new mum. When you become a mum, you discover a whole world of support that you don’t even realise exists.

From the moment my daughter was born, I was added to the list of the Maternal Child Health Nurse service provided by my local council. I was given resources and follow-up appointments. I was put in a parents’ group. I could access lactation consultants and post-birth physiotherapy.

More importantly, they all talked to one another. My daughter and I were sent home from the hospital with her “green book” – a folder that houses all her health and development notes. And rudimentary though the humble pen and paper may be, the green book ensures that every health professional we meet can see what the others have done.

It may have seemed like a stroke of luck that our sleep consultant recognised that I needed extra support, but I don’t think that was the case. I think that I asked for help with one problem (my daughter’s inability to nap anywhere but strapped to my chest) and a trained healthcare professional saw that I had a history of anxiety, asked the right questions, and knew of a support option that would help.

If this kind of team-based, patient-centred approach to mental health care was available to everyone, not just new mums, we would almost certainly end up with a lot more people accessing community-based psychosocial support, and a lot fewer having to go through acute, hospital-based services.

As I write this article, just a few days away from my second Mother’s Day, I realise how far I have come. I’m still often pretty stressed – I’m still learning how to be a mother. Just as I began to master raising a baby, my daughter became a toddler and I suddenly need a whole new set of skills. Sometimes I still need reassurance that everything’s ok, but I’ve mostly got my self-confidence back. Whatever problem I face, I find myself thinking: “Well you got through your first year of motherhood, this will be fine”.

So I’m looking forward spending this Mother’s Day with my little girl who is both my best friend and my biggest fan. Hopefully I’ll remember this one!

If you think you might be experiencing perinatal mental health issues, talking to your GP or Maternal Child Health Nurse is a good place to start. You can also connect with a safe and anonymous online community on the SANE Forums.