Academic research can be hard to understand. SANE's Plain English research series translates important research into everyday language, to connect you with the latest information from the psychological field.

Childbirth is an event often associated with psychological empowerment and life-changing potential. There is an abundance of information and first-hand anecdotes presented to expecting mothers about the ‘right’ way to give birth.

But what happens when childbirth fails to meet these idealised expectations and, instead, is just overwhelming and traumatic? What behaviours suggest a new mother is experiencing significant distress?

By Giliane Fenech and Gill Thomson. Published in 2015 by the Journal of Reproductive and Infant Psychology.

What the paper says

This research is about the unconscious behaviours – or defence mechanisms – that may indicate a new mother is experiencing childbirth-related post-traumatic stress. Paying attention to these symptoms can help maternity health professionals to identify when a new mother needs extra support.

What the researchers did

This paper is a review of existing research on changes in women’s thoughts, emotions, and behaviours in response to a traumatic childbirth.

To ensure the most relevant information was included in their review, the researchers looked for studies containing both qualitative and quantitative data relating to women’s psychological wellbeing following childbirth. Only studies of full-term births without complications were considered. In other words, any trauma experienced must have been directly related the childbirth.

The researchers narrowed their review down to thirteen studies involving 388 women in the UK, Norway, Sweden, New Zealand and Australia. 82 of the women had been diagnosed with post-traumatic stress disorder (PTSD) following childbirth. The remaining 306 self-defined their childbirth experience as traumatic.

Defence mechanisms are things we do to manage overwhelming life experiences. These reactions differ to coping strategies in that they are almost always unconscious and unintentional.

When we employ coping strategies, we are aware of what we are doing and why. We work out what is causing us to feel anxious or distressed, then consciously decide what action to take to alleviate the problem.

Defence mechanisms tend to be instinctive reactions. We are not thinking about the causes or consequences of our actions.

The researchers identified 10 defence mechanisms regularly employed by women who had experienced a traumatic childbirth.

Repression is the unconscious decision to push painful memories out of our minds. For example, one participant could not recall the first five months of her baby’s life.

Suppression is the active and conscious effort to avoid remembering distressing events. These participants deliberately tried not to think about their traumatic childbirth. If they began to recall the experience, they would force themselves to think about something else.

Avoidance involves rejecting anything that reminds us of a traumatic event. Some participants avoided breastfeeding or having contact with their baby because it reminded them of the traumatic childbirth.

Sometimes people engage in behaviours to make amends for the negative thoughts and feelings they have as a result of their trauma.

Following a traumatic childbirth, some participants felt hostile towards their new baby. They would take steps to ‘un-do’ or make up for their initial resentment. Participants described trying to be the perfect mother or becoming overprotective.

For example, rather than acknowledging she did not want to spend time with her baby (negative instinct), one participant returned to work earlier than planned (socially-acceptable behaviour).

Reaction formation also involves transforming unconscious instincts but unlike sublimation, this defence mechanism involves behaving in the exact opposite way to how we are thinking and feeling.

Using the example from above, rather than acknowledging she did not want to spend time with her baby (unconscious instinct), the mother would never let the baby out of her sight (opposite reaction).

Displacement is a way of shifting any frustration or negative instincts we have after a traumatic experience onto a someone or something less threatening.

The researchers observed this defence mechanism frequently in participants who blamed their babies, partners and/or health professionals for their traumatic childbirth experience.

Turning against the self

To avoid dealing with the overwhelming emotions and thoughts relating to their traumatic childbirth, some participants perceived themselves its sole cause. This self-blame led some women to resolve not to have any more children and to contemplate suicide.

Regression is a return to immature behavioural patterns usually associated with early childhood. For some participants in the study, attempts to cope with the trauma of childbirth were abandoned altogether and were replaced with tantrums and tearfulness.

Somatisation is a process whereby emotional distress reveals itself as a physical issue. Participants’ symptoms (eg. digestive problems or vaginal pain) were very real – these women really did feel pain – but there was no actual physical issue that could be causing their discomfort.

How can this research help?

This research shows us the various defence mechanisms women employ to cope with their distress after a traumatic childbirth. Instead of simply judging her behaviour as undesirable or irrational, recognising these actions as possible indications of trauma could help maternal health professionals identify when a new mother needs extra mental health support.

This SANE resource was created with support from The Vizard Foundation. 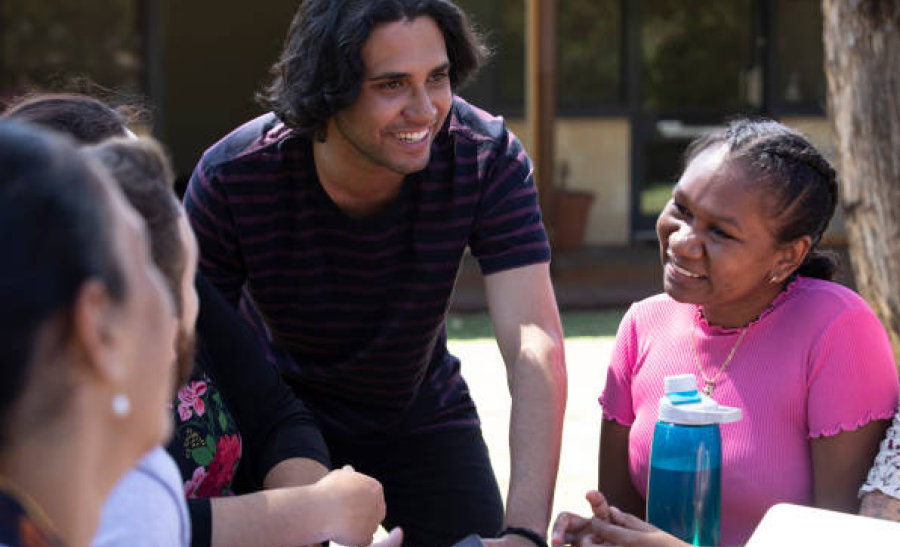